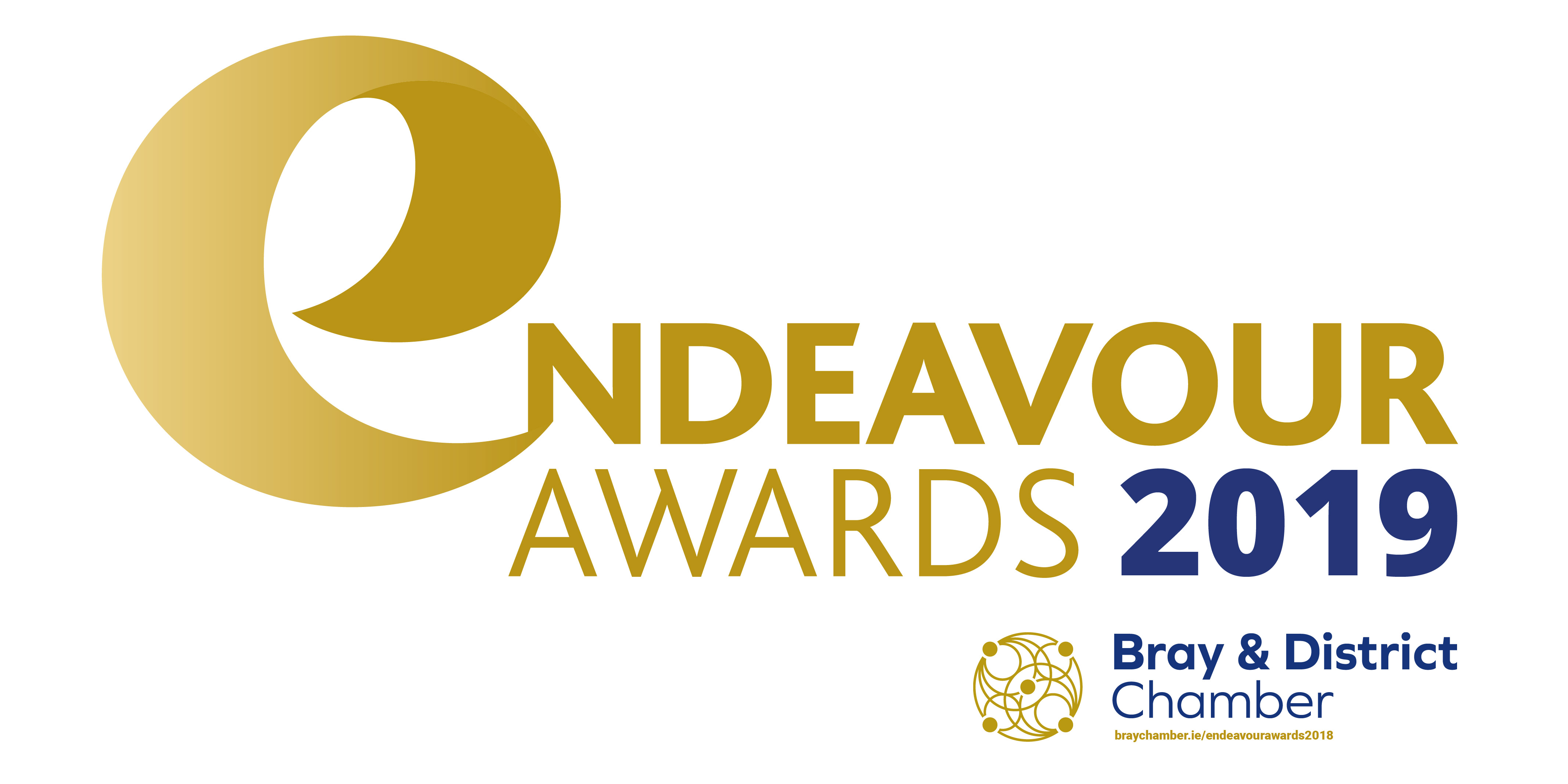 Closing date for receipt of community nominations is noon Tuesday, September 24th, 2019. It’s never been so easy to nominate and get involved, Just scroll down this page and complete the form in full and submit! Nominations will also be accepted via email and post, just download the form here and send the completed form to 10 Prince of Wales Tce, Bray or info@braychamber.ie.

All nominations received will be considered by the Awards Adjudication Panel, with the Awards themselves presented at a Gala Ceremony to be held in The Royal Hotel on Friday, October 18th 2019.

The business award finalists will be announced at the end of September when the public will have a few weeks to vote on their favourite. Winners of the Business Awards will be announced live at the Gala Ceremony in October. Please note online voting closes on October 16th 2019.

Commenting on the launch of the search for Bray’s band of heroes, Bray Chamber’s President Ruth Donnelly said “The annual Endeavour Awards provide all of us with the opportunity to not only to recognize an individual or group achievement but also honour that achievement. Most importantly, these individual awards are nominated by the people of Bray, making the annual Endeavour Awards the premier public accolade that our community can bestow upon that great band of heroes that we have in our town”.

Tickets can be purchased for the gala event by calling Bray Chamber on 01 2828248 or email info@braychamber.ie.

Click on the below image for the latest #COVID19 #coronavirus updates

'Do Not Swim' notice for #Bray South Promenade has been…

All of Wicklow County Council’s 13 libraries will reopen with…

Bray unites as a community

Wicklow County Council launch a new 'Nature on our doorstep'…

Wicklow County Council will reopen a number of car parks

Want to feature on our Event Guide for FREE? Well, click below to submit it.